Prompts for the pop-up creative writing workshop in the garden: Notes on Body Work by Melissa Febos - just the first chapter!

“It is joy to be hidden and disaster not to be found.” – D.W.Winnicott, British psychoanalyst

Tonight for our Monday Night Creative Writing Workshop pop up  in the garden, we discussed these notes from the first chapter called In Praise of Navel Gazing. Then we chose one of the prompts below to free write for thirty minutes. 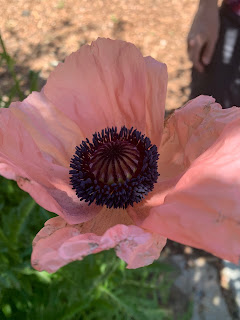 “Navel-gazing is not for the faint of heart. The risk of honest self-appraisal requires bravery. To place our flawed selves in the context of this magnificent, broken world is the opposite of narcissism, which is building a self-image that pleases you.” – Melissa Febos

“What I’m saying is: don’t avoid yourself. The story that comes calling might be your own and it might not go away if you don’t open the door. I don’t believe in writer’s block. I only believe in fear. And you can be afraid and still write something. No one has to read it, though when you’re done, you might want them to. “ – Melissa Febos

“Almost everything I’ve ever written started with a secret, with the fear that my subject was unspeakable. Without exception, writing about these subjects has not only freed me from that fear, but from the subjects themselves, and from the bondage of believing I might be alone in them. What I have also observed is that avoiding a secret subject can be its own kind of bondage.” - Melissa Febos