This March my poetry chapbook titled Bite and Blood was accepted for publication by Finishing Line Press, a press in Kentucky that specializes in poetry.  I'm so excited to be working with such a beautiful press on my first book.  The release date is October 15th - I'll let you know when the book is available to order and where you can hear me read.

The LiteraryArts & Wine Reading Series at Uncorked in downtown Truckee has been a great success - join us on the third Sunday of each month at 5:30 to hear 4 different authors each month read from recently published work and work in progress.  We keep the line-up varied so you'll listen to fiction, essay, poetry, and who knows what new hybrid genre.

The Monday Night Creative Writing Workshop meeting June 2, 9, and 16 has room for a few drop-ins.  If you've been wanting to see what this fun workshop is all about or if you miss a sense of community in your writing life, get in touch with me and join us for an evening.  I'll have a new series starting up September 1st.

One of my goals is to work more with teens and creative writing so I was happy Jackie McKinney called me this spring to help her lead a CreativeWriting Workshop for Teens at the Family Resource Center.  The workshops are free Monday afternoons 3-4:30 pm. Please help spread the word to any teens that want to develop some writing skills and get their words on the page!

The popular How to Write a Blog that Stands Out in a Crowd workshop is offered June 30th for anyone who wants to start a new blog or to re-energize a current blog.  Learn techniques to write more efficiently and focused for your target audience.  Thank you to local photographer Scott Thompson for the photo! 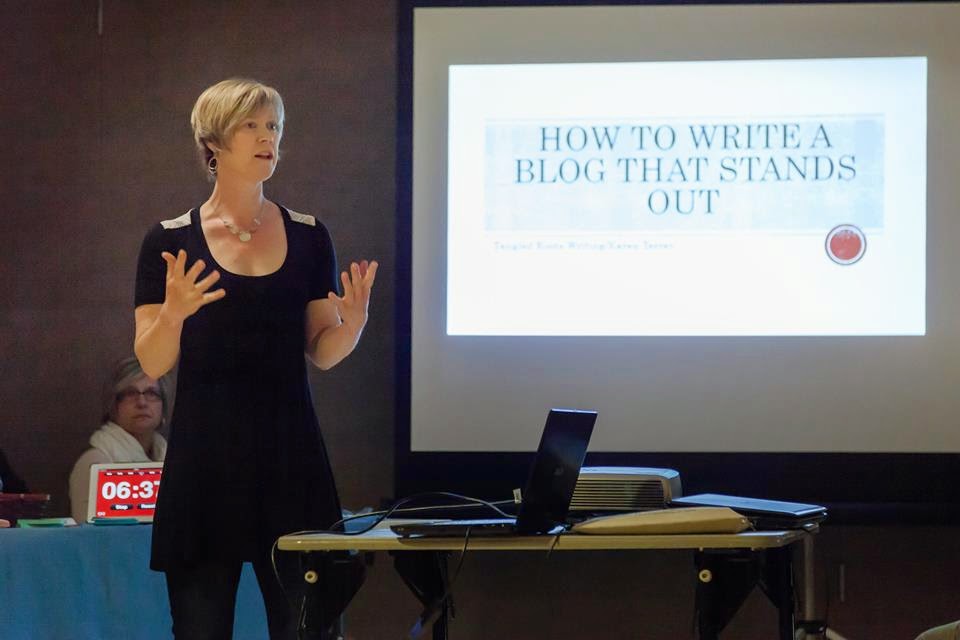 I'm always available for coaching for book projects, copy editing, dissertation and other writing projects.  I'm working with several students over the summer to develop writing skills for school. If you haven't already, "like" my Tangled Roots Writing page on Facebook to see updates on poems I've published, local events, and other workshops.
Posted by Karen A. Terrey at 5:26 PM No comments:

Day 26 VSC: Matt Hart, noise, and how to make the most of a writing residency

The one thing you get at a writing residency that you don’t get back home is the opportunity to define yourself as a writer and nothing else.  Not a teacher, not a coach, not a skier, not a planner, not any other role that you play.  Here, the past doesn’t define you.  You are not who you’ve been.  Here, you are who you are being right now.
Matt Hart was our visiting writer for the last week of the residency.  Wow – you should see him read a poem from his book Debacle Debacle, rocking back and forth, incantatory, rhythmic, powerfully engaged in each word.  At his craft talk he discussed the essence of noise as an effect in poetry, connecting its effects to the noises in punk rock music.  He toured for almost 2 decades as a punk musician. 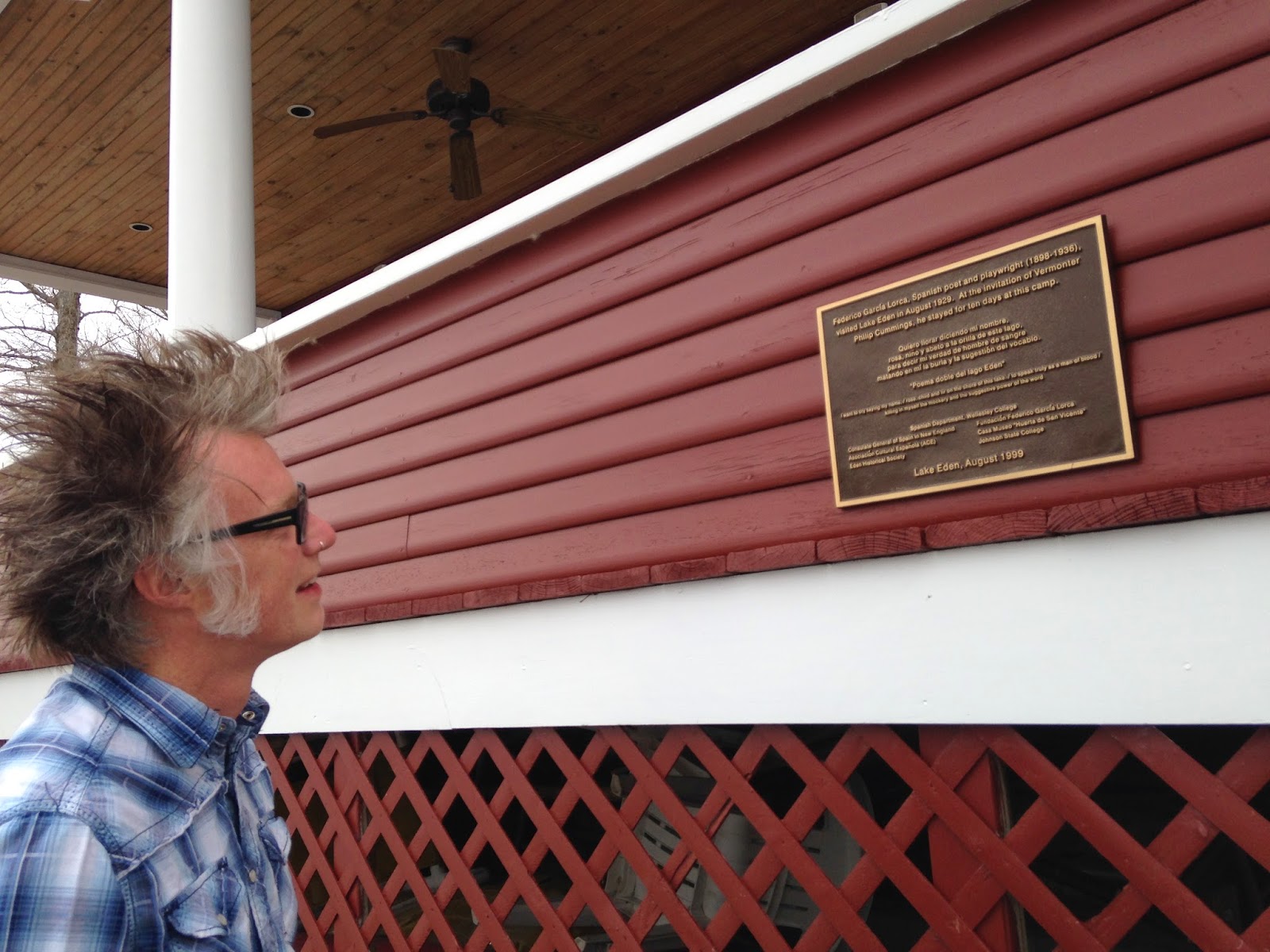 At one point in his talk he mentioned that in a collected book of poetry by Dean Young, the poems are ordered alphabetically rather than by a context of theme as the poems had previously been published.  The effect, Matt said, was that he didn’t recognize poems he knew, and other new poems seemed familiar to him.
I think that this effect happens to artists at residencies – they live out of their usual context in this new place within this new juxtaposition of associations, artists, new friends.  What used to come before and after them has been taken away, and the result is that they can become closer to a creative self of theirs that may have been covered up by habits, by distractions, by other noises of how that life is being lived. And the opportunity to create noises never heard before in your work is the freedom to grab hold of here.
I asked some poet friends who had attended VSC for advice for making the most of my stay here.  They said make a plan of action, then make a plan b, and then prepare to take a third unknown path.  Once here, I opened myself to these new and unexpected influences to try to write in a way I had never written before.  I wanted to let myself be surprised by bold moves that my singular identity here gave me a new confidence to take.
Listening to Matt read his poems and talk about writing, I was inspired by how loudly he expressed a gratitude for life. He said in his talk that noise is the predominant state of our lives, and what saves a poem is the announcement of noise against a backdrop of expectations.  At a residency, you have the freedom to drop those expectations of your life, and to play with what happens next.