Poetry as Change, Refugees, our new Poet Laureate and 100 Thousand Poets for Change

“Poetry is a call to action and it also is action. Sometimes we say, "This tragedy, it happened far away. I don't know what to do. I'm concerned but I'm just dangling in space." A poem can lead you through that, and it is made of action because you're giving your whole life to it in that moment. And then the poem — you give it to everyone. Not that we're going to change somebody's mind — no, we're going to change that small, three-minute moment. And someone will listen. That's the best we can do.” - Juan Felipe Herrera 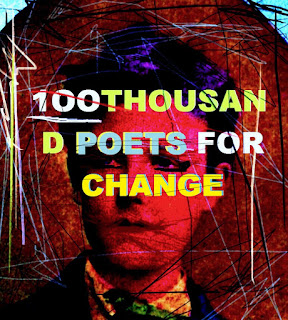 I met my friend at Coffeebar this morning – it was our first opportunity to catch up since she had returned from her first experience of Burning Man (see her beautiful article in The Tahoe Weekly). After she filled me in, I was surprised that she hadn’t heard about the horrible situation refugees in Europe were experiencing as they escaped war in Syria and other places. She'd been in another world. The news has pressed on me daily – and their helplessness in the face of brutality makes my own helplessness seem that much more insignificant.  What is our responsibility to stay informed on international updates?  How can we live a life that does not reinforce the inequalities that cause these problems? My friend asked “how can we live open to love? That’s the problem. No one wants these people who aren’t of their own tribe.”  I feel that I can’t make a turn without needing to reprimand myself for a choice I make on how I live.
Last weekend I was in Texas at my uncle’s memorial service.  He died suddenly last Tuesday.  How would I want to be spoken about by friends and family at the end of my life? What is important is what we do, actions we take, how we reach out to others, how we impact each other.  That’s what I took away from a weekend of reconnecting with cousins and relatives I hadn’t seen in over a decade.  They were open and welcoming to me and my brothers and family.  That’s what matters.

That’s why our new Poet Laureate Juan Felipe Herrerra inspires and comforts me as much as he does.  I met him last year when he came to the Writers in the Woods reading series at Sierra Nevada College to read his poetry with Jane Hirshfield.  His voice is soft and sure and listening to him read his poems made me want to sit down and free my own voice in the way he has let his voice free.  He was interviewed on NPR a few nights ago and spoke about poetry as action. A call to action, yes, but writing the poem, and the poem itself, is action. This is an antidote to my helplessness.

This idea of poetry as action and even change is the foundation of 100 Thousand Poets for Change, a national event happening September 26th. I’ve helped organize a local event at Sundance Books in Reno from 3-4:30 pm that Saturday afternoon.  A panel discussion will explore the idea of change and how poems can take on the idea of change.  An open mic will feature poems of change.  If you have been feeling helpless, come to our event on 9/26 and tend to the actions you take each moment. As my friend says, every small gesture makes a difference.
Posted by Karen A. Terrey at 8:57 PM 2 comments: