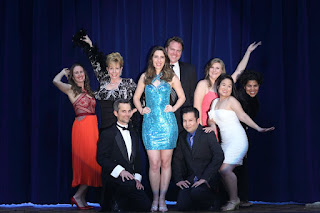 Tryouts are informal for the first Ten Minute Play Festival featuring plays by regional and local writers.  The tryouts are August 22nd at 6:30 PM at the Community Arts Center auditorium, 10046 Church Street:

Fall 10 Minute Play Festival:  Seeking adult actors to play exciting roles in our second 10 Minute Play festival. Most parts are leads,  and this time, some of the scripts will be original plays by local writers!  This is a great way for directors and the public to get to know what actors can bring to a part. Different genres from drama to comedy, from classically based to edgy modern.  Simple sets, simple costumes.  Minimal rehearsals, usually an hour a week for five or six weeks, often in the director's home.  Try outs will be on Tuesday, August 22nd at 6:30 PM. Multiple directors.

By the 22nd, Truckee Community Theater should have selected the original plays, and will have a few published ones as backups as needed.  The audition will be to read some different parts from the scripts they have selected.

You might enjoy coming! The exciting opportunity with ten minute plays is that each actor will play a major role on stage.  Rehearsals will occur over September and October, usually in people's living rooms and involving only 2-4 actors and a director.  Set design is minimal with only one or two props.
Posted by Karen A. Terrey at 12:15 PM 1 comment:

Winners will be selected for production at the Ten Minute Play Festival October 28th. Editing and rehearsals will take place in September and October.

For many samples of plays to read and use as models for your own ideas, peruse Heuer Publishing.

Almost Watersheds by Micharne Cloughley
Loverboy by Michael Jalbert
Singers by Thom Wiedlich
The Writer’s Journey by Christopher Vogler
Save the Cat by Blake Snyder
Scene and Structure by
Beginnings, Middles, and Ends by Nancy Kress
Plays in One Act edited by Daniel Halpern
Posted by Karen A. Terrey at 6:28 PM No comments: