Cody Zachariasen is a 5th grader at SELS in Lynn Akers’ class, a pitcher in Little League, and a writer. He’s been writing with me most Wednesday mornings for the past 3 years.  Together we explore what is a story and how to tell stories in different genres and points of view, how to connect what we are reading to what and how we write, and play with craft such as metaphor, leaps in association, writing dialogue and character development.

On May 3rd Cody participated in his first open mic at Darkhorse Coffee in downtown Truckee.  The Untitled: a word jam is a gathering of people reading works written by themselves and others on the second and fourth Sundays of each month at 7 pm.  It’s a place for people to read, listen, and be inspired. I had the opportunity to ask Cody a few questions about his experience. 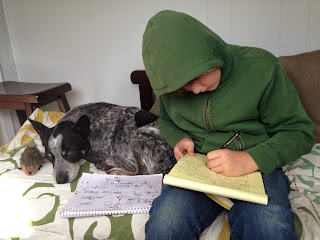 TRW: When you read at the Untitled: a word jam open mic, where you nervous?  How did you handle it?

CZ: Uh, Duh, What do you think, of course I was nervous and I handled it by standing and being nervous for a little bit and then reading without looking at the people.

TRW: Why do you write?

Possibilities in Collaboration of Words and Visual Art

“Visual artists must use words to accompany their work in the form of bios, statements and titles, not to mention presentations.  And those words are deceptively important to the success or failure of their works” – Jennifer Garza-Cuen 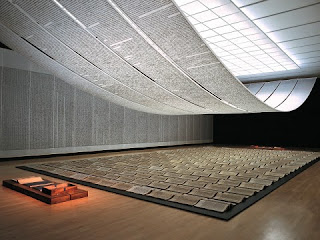 "A writer continually struggles for clarity against the language he’s using or, more accurately, against the common usage of that language. He doesn’t see language with the readability and clarity of something printed out. He sees it, rather as a terrain full of illegibilities, hidden paths, impasses, surprises, and obscurities." – John Berger 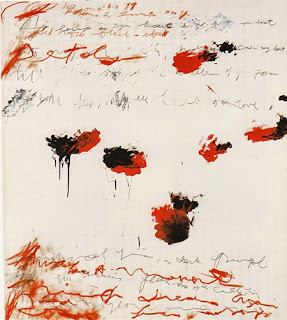 "I know of no other visual Western artist who has created an oeuvre that visualizes with living colors the silent space that exists between and around words. Cy Twombly is the painterly master of verbal silence." – John Berger 2002 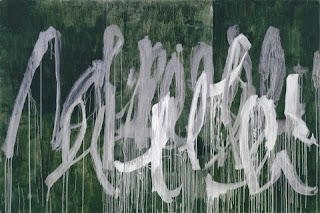 "Ligon is a conceptual artist who is known for his large-scale paintings.  In his series How it Feels to Be Colored Me, he uses texts about his identity as an African-American man laying them on top of one another until they blurred into ambiguity." - Risdworkworks.wordpress.com

Claudia Rankine used this image in her most recent book Citizen as part of her discussion of race: 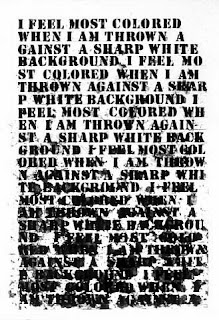 "Tracey Emin is known for her notoriously candid drawings revealing some of her deepest personal reflections on her relationships.  Often graphically sexual, her work is filled with witty autobiographical comments. Additionally, Emin has completed a series of neon phrases; some lengthly and thoughtful while others delve into intimacy in just a few words." - Risdwordworks.wordpress.com 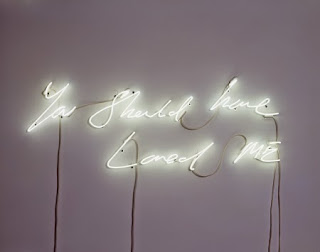 "Extended Captions" are works that combine prose and image:

In that place there is for knowing he knew he was not yet a man, but he didn’t feel it. He could recite enough life for twenty lifetimes and he knew where the exits were in the dark. Every Wednesday at 7pm she came. And every Wednesday at 7:05 she bought a small popcorn and a large soda. It didn’t matter that she looked right through him. It didn’t matter that she didn’t notice him noticing.  It just didn’t matter.  In that place there is for knowing he knew it was just a matter of time. And he was patient.
Jennifer Garza-Cuen –  MFA  Photo 2011
Modern ekphrastic poems have generally shrugged off antiquity’s obsession with elaborate description, and instead have tried to interpret, inhabit, confront, and speak to their subjects. 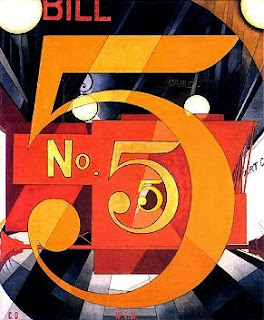 To challenge yourself to respond to art, see Rattle's monthly ekphrastic challenge: http://www.rattle.com/poetry/extras/ekphrasis/ 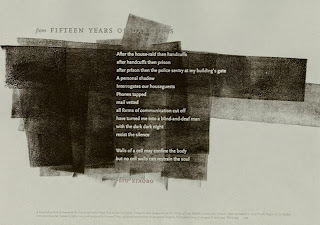 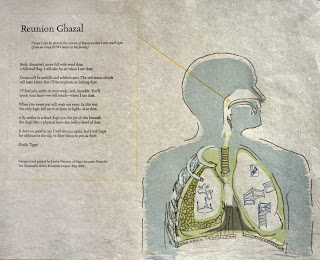 A fascinating study is how Emily Dickinson possibly used the medium of paper as a shaper of form for her poems: 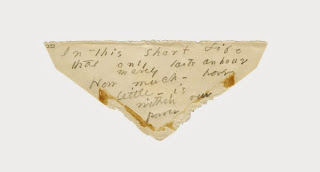 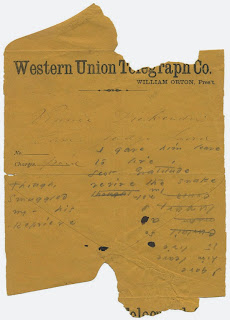 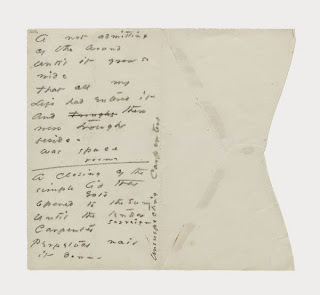 I learned so much about my own poem by collaborating with Andy Cline of Roundwood Furniture in King's Beach: 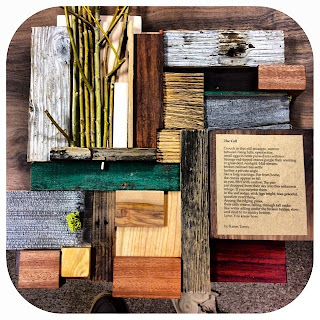 My writing process has taken advantage of drawing to explore deeper into a poem in progress: 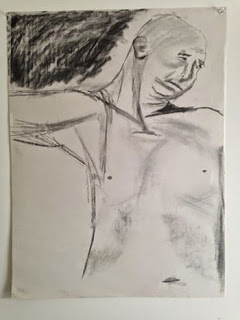 I've also used paper itself as a medium to move words, lines, and language around into varying juxtapositions in my revision process: 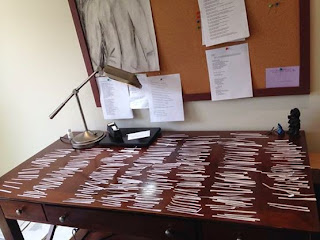 I'm excited to announce that the Heart of the Matter Essay/Nonfiction/Memoir Workshop as well as the Technique and Finesse Fiction Workshop will extend into July for writers committed to pushing their work to a level ready for publication.  There will be room for a couple new participants in each workshop.

If you are a writer with a book project, short story or magazine story that is ready to be "unstuck" and  polished for publication, check out these workshops. You will get professional feedback for developing the heart of your subject, to unearth what really matters in your novel, short story or essay/memoir. These workshops focus on improving your skills of craft in order to write creatively so that your writing stands out as meaningful and original to an editor.