Chris Millis presented a dynamic and powerful talk on what makes good story and especially a good screenplay.  He played excerpts from movies that model this structure such as Moonstruck, Star Wars, Boogie Nights, Ali, and his own hilarious anti-hero film Small Apartments. Here are my notes from his talk.  I find that rewriting my notes into a post helps me assimilate the knowledge into my own work.

What follows are Chris' talking points:

Chris started with setting up some context on story by quoting Toni Morrison, my newest hero (as I've just finished reading and teaching The Bluest Eye), from her essay The Site ofMemory.

Excerpt from The Site of Memory – Toni Morrison:

I consider that my single gravest responsibility (in spite of that magic) is not to lie. When I hear someone say, "Truth is stranger than fiction," I think that old chestnut is truer than we know, because it doesn't say that truth is truer than fiction; just that it's stranger, meaning that it's odd. It may be excessive, it may be more interesting, but the important thing is that it's random - and fiction is not random. Therefore the crucial distinction for me is not the difference between fact and fiction, but the distinction between fact and truth. Because facts can exist without human intelligence, but truth cannot.

Humans need story to reveal the meaning of our existence

More on Synthesis:
Hegel: The only way a battle could cease between a thesis and an antithesis was through the construction of a synthesis that would include elements from both sides and transcend the opposition, a transcendent “third” that is a new entity in which both are included.

Jung: The individual is faced with the necessity of recognizing and accepting what is different and strange as a part of his own life, as a kind of ‘also-I’. 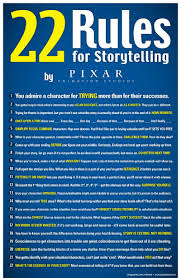 Movies as models of this structure:

5 minutes into the movie: present a statement of theme, the basis of all decisions and the bigger idea of the movie

Catalyst – the inciting incident 12 minutes in

At the end of Act 2 – what am I going to do? Find the courage to be the hammer, not the anvil – once this decision is made, it’s the breakaway from Act 2!

If you have a problem making your plot have what it takes for the audience to care, go back to the beat right before the midpoint (at p 55) – find something there to be addressed or assimilated or overcome in the climax

Final image – opposite of opening image?